Several bat surveys undertaken over the summer of 2017 showed low-use of the original bungalow loft by brown long-eared (a small amount of bat droppings but no bats encountered on any of the surveys) and serotine bats (one bat emerged from under a ridge tile).

There was no replacement loft, no suitable trees for bat boxes and the architect didn’t want to use off-the-shelf bat bricks, having concerns about thermal bridging, so we built in crevices behind the cladding and render, maintaining the aesthetic of the building.

The work was done under Natural England licence. We had concerns that they might not accept the mitigation for serotine bats, as this species is more often found in crevices under slate or tile roof coverings. However, the licence was approved and we look forward to monitoring to determine future use. 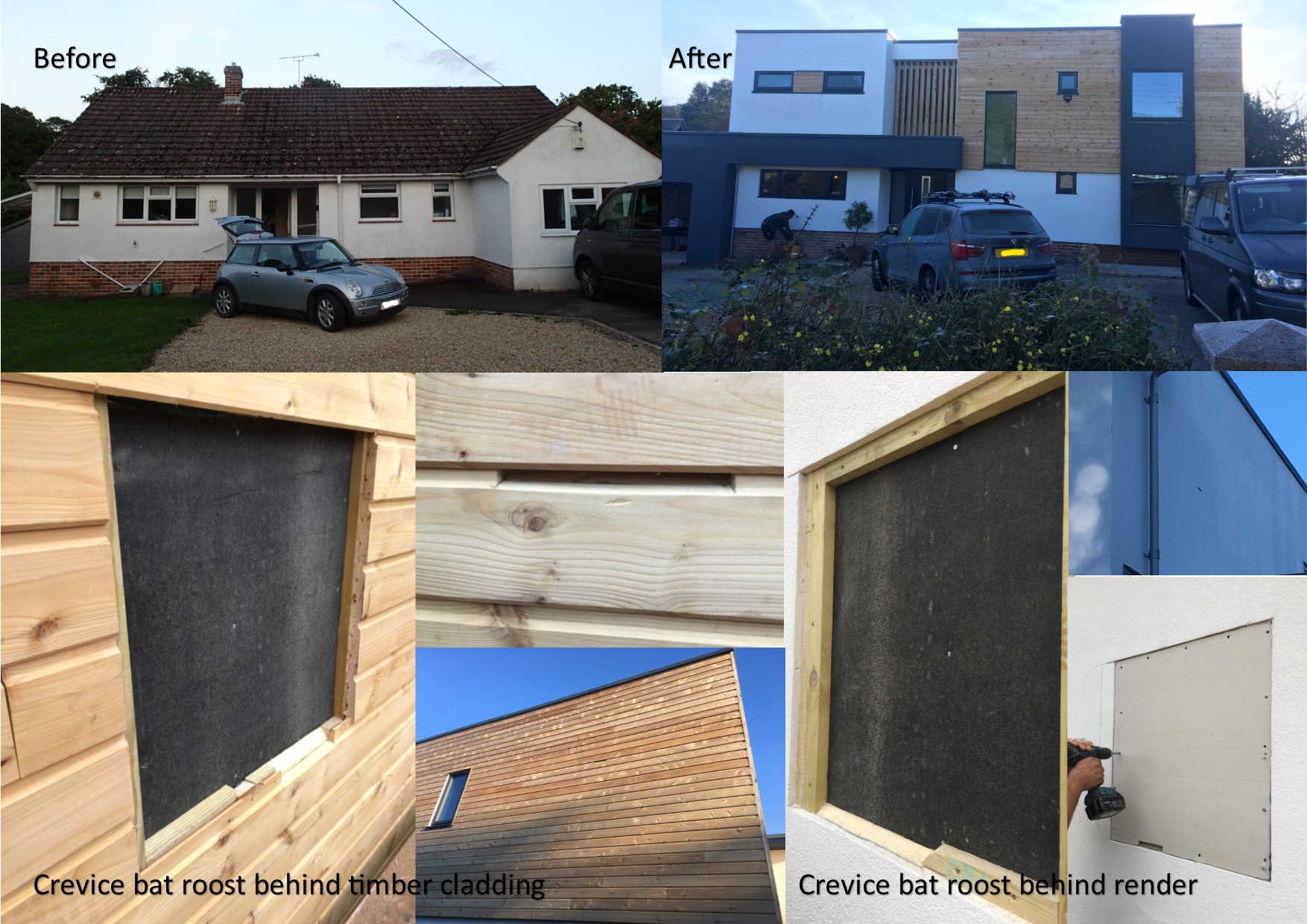 As an independent ecological consultancy, we provide innovative expert services promptly and at reasonable rates. We are based in the Southwest of England but offer nationwide services. Services include: bat surveys and other protected species surveys; Phase I and NVC habitat surveys; ecological impact assessments; and European protected species licence applications.

×
We use cookies to ensure that we give you the best experience on our website. If you continue to use this site we will assume that you are happy with it.OkPrivacy policy